Tulsa / It's a start 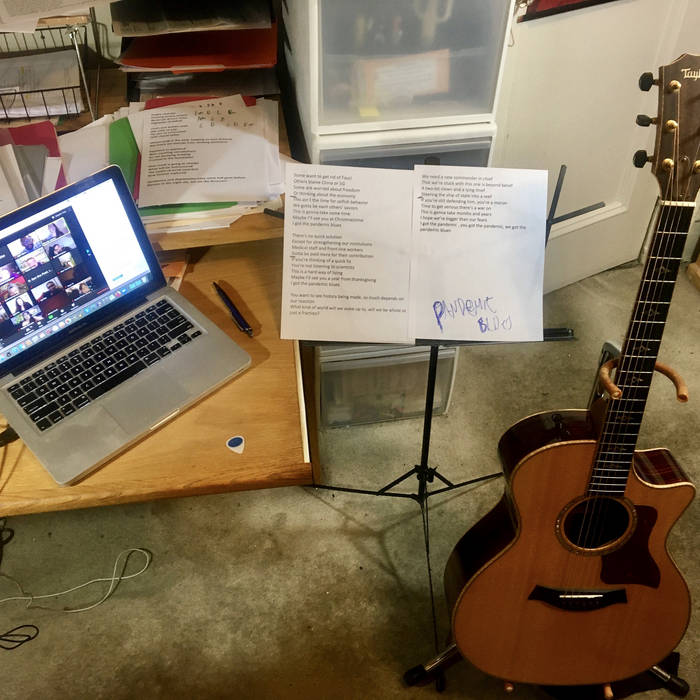 This is a two song 'single' release (just like the old 45 rpm singles, one song per side) of two brand new songs written in this first two weeks of June 2020, when the protests, BLM, and the long-overdue subject of police brutality became the focus of so many people around the world.

As just about everyone reading this knows, the violent death of George Floyd at police hands over Memorial day weekend at the end of May, 2020, was a catalyst that galvanized millions to say 'enough' - enough with the violent police tactics, enough with the militarization of the police with expensive weapons of war arrayed against citizens, enough with anti-black prejudice and discrimination, enough with arresting blacks for the same crimes at many times the rates that whites are arrested for, enough killing of unarmed black men and boys, enough with no-knock warrants that led to Breonna Taylor's death, etc. etc.

Another catalyst that led to the writing of these two songs was the announcement by the president that on June 19th, he would hold the first in-person rally after Covid-19 stopped mass gatherings. (The date has just now been changed to June 20th, as of this writing, but the original date was the 19th).

The date of June 19th was most probably no accident-- it's "Juneteenth", the date Federal orders that slavery was abolished were finally read in public in Texas. June 19th has been celebrated as 'Freedom Day' ever since. The place of the president's rally was announced as Tulsa, Oklahoma, the site of a huge massacre in 1921, when airplanes were used for the first time against US Citizens, and an entire black neighborhood was destroyed by white supremacist forces. This choice of date and location is most probably a huge 'dog whistle' to this president's white supremacist base, and is beyond despicable.

The song "Tulsa 1921" is an explanation of what happened at that time, putting it into some historical context with what's happening now. The song 'It's a start" is a call to action, hopefully the start of positive change.

Both "Tulsa" and "It's a start" were performed at the (now online every-Thursday) open mic conducted by the legendary Nuyorican Poets Cafe. A shout out to that wonderful venue, and the poets and artists that are a part, as well as the fantastic Thursday night online host, Caridad de La Luz ("labrujanyc" on various social media, etc).

The cover image was taken during one such online open mic, with the computer screen showing just a fraction of the participants.