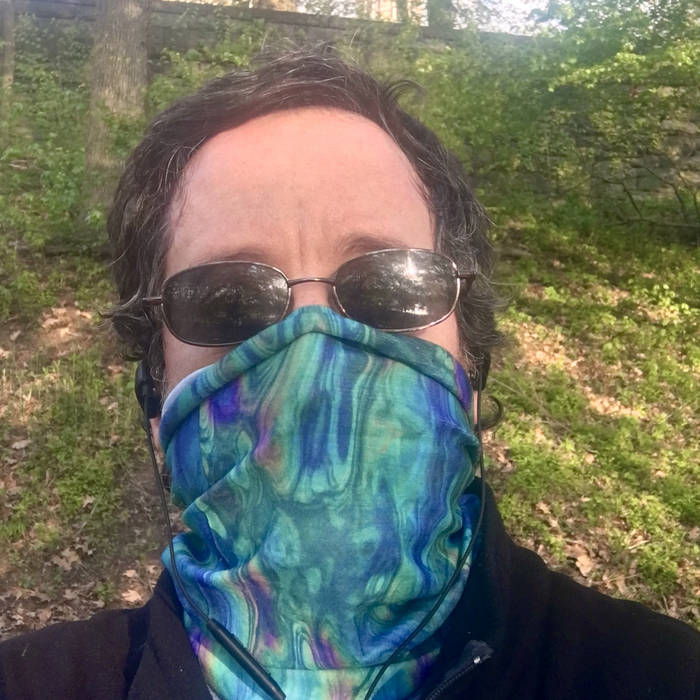 cuspofjuly Some of the best work yet from this prolific singer-songwriter. A well-rounded slice of life with depth, humor and lots of sonic interest. Favorite track: Pandemic blues.

This album was written and recorded between mid-March and mid-May 2020, in the first two months of this 'pandemic age'. I'm here in New York City, which has been especially hard-hit with the coronavirus. These songs are observations of life here, how it has changed, what's remained, etc, since life changed for so many here on or about Friday, March 13, 2020. I write about the personal, the physical, the political, and how the fabric of the city has changed.

As of the time of this writing, its impossible to know the extent of the long-term effects of this, except to say its hard to imagine that they won't be profound and far-reaching. The impact on people's daily lives, the arts and cultural institutions, restaurants and stores, etc. will be felt for a while to come.

Although i had written and recorded an album recently ("Copper Wheat Penny from 1911", which was written in Feb 2020 and released in early March) I decided that documenting all the changes going on in song with this unfolding around us would be an interesting project. I could have kept on going, but after writing about 15 songs (these are the 'best 12' from that bunch) it seemed to be a logical place to launch these songs and recordings into the world.

A note about one of the recordings-
Out the window" is based on the real-life every-night-at-7pm thing that happens here in NYC, where people clap and applaud and make noise from their windows, all in support of the 'front line' health care workers. It started as a way to encourage health care workers at the end/beginning of their shift, and took on a life of its own. The sounds you hear throughout this recording are actually what I recorded with a condenser mic at the window, here on the UWS of Manhattan, one beautiful early May day at 7 pm.